The John F. Kennedy Space Center is NASA’s gateway to space on Merritt Island in Florida. Between December 1968 and July 2011, all manned space flights of the United States were launched here — first the Apollo missions and from 1981 until 2011 the space shuttles, some of which also returned to this site. The total area of the Kennedy Space Center, where 17,000 people work, comprises almost 570 square kilometers. Hundreds of thousands of visitors flock to the “KSC Visitor Complex” every year. Since June 2013, the space shuttle Atlantis has been one of the highlights of the visitor center that can be admired as a museum piece. Condair’s RS steam humidifiers ensure optimal humidity. 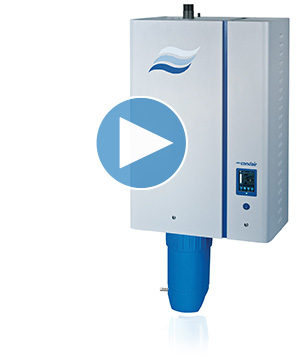 The innovative control system fitted with a touch display ensures outstanding transparency of function and precise steam delivery. The units are the result of decades of experience and they define the state of the art in modern steam humidification.